How Far Can The Gospel Go

A Banjo Player and Cadaniño 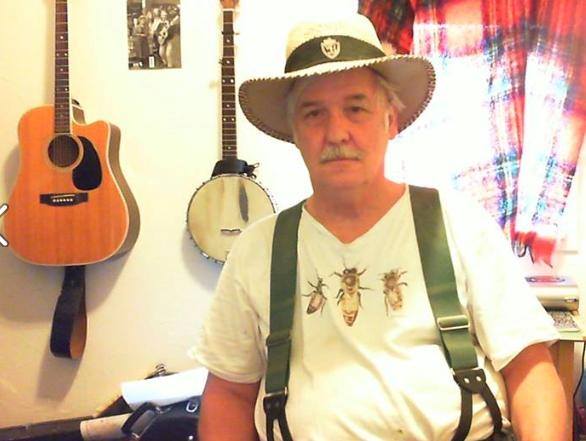 Our work started small. Many times, people told me it was hard to justify supporting a pair of missionaries who only served a few dozen children in the orphanage. I sometimes wondered if what we were doing was worth giving our lives to.

One person who never doubted what we were called to do, was my friend Donnie.

I met Donnie when I was a young teenager going through a difficult childhood in Seattle. He was a quirky fellow with rough edges who made not very funny jokes while he played the banjo and smoked. He was saved, loved God, and in his own way, tried to share his faith with people through music.

Donnie had faced a lot of challenges in his life. Admittedly, many of them were a result of his own poor choices. I often ran into him outside grocery stores where he sold the Real Change newspaper. You had to be a part of a particular club to sell the newspaper, and Donnie was.

The Real Change newspaper was designed as an alternative to begging. Giving people in need something to sell, even if it was subsidized, so they could maintain some dignity.

Donnie's goal was to sell 35 newspapers a day, from which his profit was $17.50, enough to buy food and cigarettes.

He was the kind of person who would give you the shirt off your back. I remember more than once when talking to him another homeless person would come by to say hi. Donnie would often end up sharing some of his meager earnings with them if they had had a tough day.

Once I came upon him playing a pair of "wooden spoons." I have no musical talent, but he insisted I try to clap out a beat. When I offered them back to him, he told me to keep them and that he would get another pair. If he had something and he thought you might need it or want, he would give it to you. That was just the way he was.

I left home young, and by 20, I was serving as a missionary in Guatemala with my wife and two kids. I met up with Donnie on a trip back to visit my family. After hearing about our work with orphans, he gave me $15, all the money he had, and said he would like to support me, and he did, even if it was just a few dollars deposited into my bank account occasionally.

Some years ago, his health deteriorated and he ended up disabled and on government assistance. I remember him excitedly telling me how he had moved to Oregon, had his own apartment, and now received monthly a $600 disability check.

He told me he was praising God for this regular income as it meant he could support us better by tithing to us.

Every month after receiving his donation, I would write him a note on the back of a picture of our students and send it to him. On one call, he said he while liked reading my newsletter, he really enjoyed seeing the pictures as it helped him pray for the kids.

As our ministry grew, so did the need for funds to support the ministry and others came alongside to help support us. But there were many times in the early years when $60 was a lifesaver.

At times I worried about Donnie and was concerned that he didn't have enough. I told him that it was ok if he couldn't keep supporting us and needed to use the money to live.

But he always said no. He wasn't giving it to me. He was giving it to help the children. He knew they needed help and needed to know about God, and he wanted to be a part of that.

After he had a quadruple bypass surgery last year my parents visited him. His health had continued to worsened, and it seemed like he might not have much time left.

After leaving my mom contacted me and said, "do you know what Donnie's biggest concern was about dying? It's that he wouldn't be able to continue supporting you."

When my parents left, he gave them some things to bring me, carpentry tools and computer parts. He wanted anything he had left to be a blessing to others.

The last time I communicated with Donnie was in October. He was pretty tired and worn out but we prayed together and he told me he was giving away his banjo, his prized possession that he had built by hand, to someone who would continue to play it after he was gone. A few weeks later, a message from his sister was forwarded to me.

“Donnie passed away on November 12th. He loved you and your family very much. He will be buried in northern California at the family farm.”

I knew it was coming, but it still hit me like a ton of bricks. As much as I appreciated Donnie's faithful support, I appreciated Donnie. He was someone who had been kind to me in a difficult childhood. He had taken the time to get to know me and understood my calling to serve vulnerable children in Guatemala. He knew what we did mattered to God and he wanted to be a part of it.

Over the entire 20 years I served as a missionary in Guatemala, Donnie was there to help make it possible.

In 2016 we launched the first Cadaniño afterschool program in the slums of Colonia Santa Fe. The ministry has now grown to serve hundreds of vulnerable children and families at two Community Impact Centers that offer nutrition, academics, technology training, family strengthening, Bible classes, and discipleship to at-risk people. Hundreds of children are served every day and dozens of teenagers go out every month and teach Bible classes to scores of children in their communities. We have a team of 15 local teachers who work with us, ministering in their communities, and the work we do is making a lasting difference.

The journey to get here was long and hard, and Donnie was one of a few people who faithfully stuck with us over the years while we walked the hard path to get to where we are today.

Donnie never met those we serve, and they never met him. Yet, in a small way, every child we serve is part of his legacy. All because he was willing to invest in a ministry that takes seriously the Biblical commandment in James 1:27 to serve the orphaned and vulnerable.

If a rough soul like Donnie, with his limited resources and limitless heart, can play a part in changing lives and hearts with his $60 donation every month, imagine the impact you can have by partnering with us today to change lives forever?

Please consider partnering with us as as we serve the vulnerable in Guatemala.