A Banjo Player and Cadaniño

Selvin is a 12-year-old boy living with his parents, Sandra & Carlos, and his brothers, Carlos, eight years old, and Eleazar, five.

Selvin has been in the program for a year, but his journey to get to Cadaniño is interesting.

In 2020, his mother requested a place for him in our after-school programs. We did not have space for him at that time, but we took their information and put them on a waiting list.

She would often visit and ask if space had opened up. As very few of our students drop out.

One day I was shopping at the supermarket, and a child kept following me. The boy approached me and asked, “Are you a teacher at Cadaniño?”

After confirming that I was, he said, “I would really like to study at Cadaniño. Would you give me a chance? I have been waiting for an opportunity for so long. I want to learn and will not fail.”

I was so moved by the boy’s plea that I decided to see what I could. We set an appointment for him to get tested in key areas. After passing the exams with a perfect score, he told me he knew things would go well as he had spent the whole weekend studying.

This was the beginning of a new phase in his life. What before had been a dream was now a reality. He has since been in the program for a year and is doing fantastic. He is learning many things in computers; he loves Bible classes and is fascinated with mathematics.

His diploma for completing his first year with us is one of his prized possessions. He put it in a frame and proudly shows it off at the entrance to his room.

Selvin has learned to pray to God. Recently he told me how God had blessed him. His parents had gotten married. His parents had been through many difficulties, and for a long time, it looked like they might not stay together. Still, he prayed for them, and now they are together as a family.

It was such a blessed day for Selvin when it happened; he could see that God had not abandoned him.

One of the things that Selvin enjoys most is that his whole family attends church together to get to know God.

Please consider partnering with us as as we serve children like Selvin in Guatemala by giving them a chance to change their lives through education and a relationship with God. 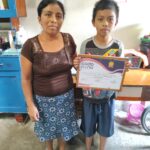 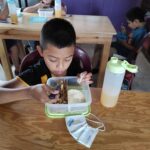 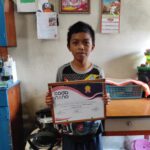 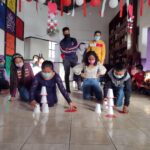 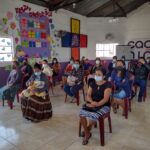 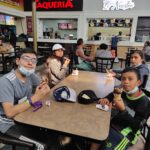 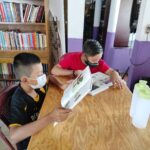 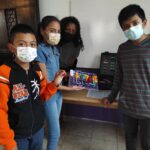 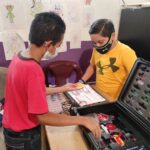